It was 82 degrees in San Diego today, so I took Murphy to a beach in Del Mar.  I had just discovered it about two weeks ago, thanks to a friend, and Murphy’s first time there was yesterday.

After about an hour at the beach, a girl walked by with a small labrador and asked if her dog could play with mine.  We made a comment that they looked a bit alike, both small and with fairly distinct eye coloring.

We got to talking, and figured out that our dogs were siblings, born in the same litter.  The magic bullet that confirmed the connection was that her dog was also named after a baseball player (Sandy Koufax; Murphy’s given name was Tommy Lasorda) — there were 9 puppies.  What are the odds??!  So, Murphy now knows his sister, and I’m guessing there will be play dates in the future.   Be friendly to people – you never know what you’ll discover.

Here’s Murphy at the beach after about two hours of non-stop frisbee playing: 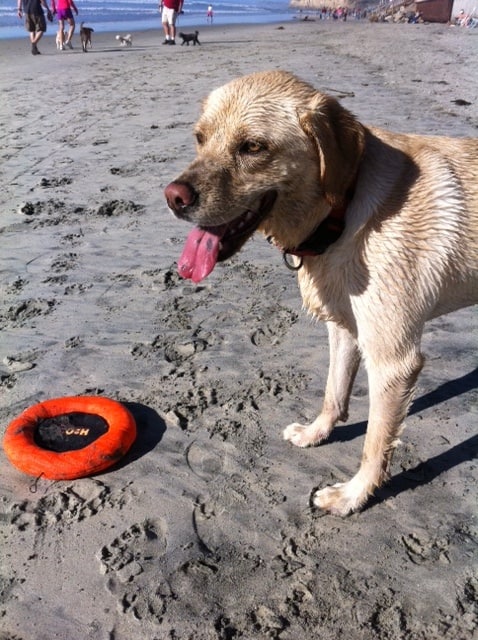 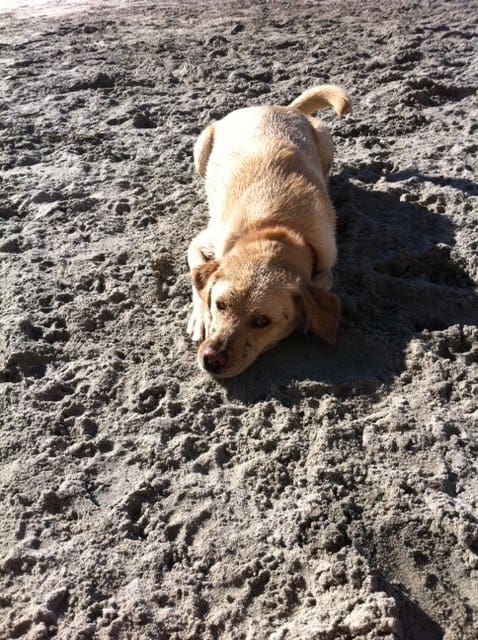